There are few cultural experiences to relate to in my upbringing that I could possibly point to for reference of what we recently experienced. Kogi and Wiwa brothers Mamo Zenshina and Mamo Awisen Awimaku and Mamo Daniel held circle with us from 7pm until 12:30 pm the next day. 17.5 hours of sitting. We were not going by the schedule or the plan, but by what the nature was timing us on… cooking down a massive pot of several strains of tobacco to create a resinous concentrate, orally applied while chewing coca. This was the center focus the entire time, meanwhile, sharing on the cosmology of tobacco and allowing hours of singing and dancing to celebrate life and make the Earth happy, which was not asked of us, but expected! For if we are just there rigid and stone cold, then nothing opens, and very little work gets done. “Ahora, vamos a bailar, asi…” and Mamo Awimaku would show us a dance of the condor as Mamo Zeshina was playing the condor song with his tambor or maraca. These are the payments to the Earth that have not gone forgotten in Kogi life, payments that they say are part of why everything is wrong in the world. Forgetting the balance of how things actually function, and putting ourselves in the center of all of existence, is a sure fire way to melt the house down.

I felt all kinds of things, especially related to the dedication to the path and upholding of such important teachings. Teachings walking the span of human existence, all based on right relation, mirrored from nature herself. Fasting the entire night until late morning, we chewed coca and listened intently, paying close attention to the translation, and the native tongue of our brothers who quickly checked in with each other before translating the essence into Spanish. “Tobaco is the semen. Without the semen, there is no life.” After sharing their cosmovision with this plant, words that I feel are meant to be transmitted directly from them to the heart of the listener, they asked us to individually speak to our relationship to tobacco. We wove our stories of healing, of waking up to the power and wisdom of this master plant through dieta, and infused the cooking medicine in front of us with the respect it so deeply deserves in the world. We dipped into the topic of the commercialization of tobacco, the massive toxic chemical based plantings still upheld to this day that distort the depth of what tobacco really is: sacred person, medicine, connection to Creator. “In every ceremony space, there is tobacco.” I have for years photographed the black magic insanity of the demonization of tobacco and it’s twisted message across the board, especially after visiting Peru and then living here. This overnight vigil dedicated to the nightshade of so many’s smoky escapes, brought to me even more peace about it’s truth and origin. If plants aren’t free, neither are we.

“No todavía…” Mamo says with a sideways glance, gleefully piercing my wonder with an innocence that is deeply entwined with lived wisdom. An answer to a verbally unasked question of “is it done yet?” becomes a sort of joke for the final hours until our watery decoction becomes its resinous result. I don’t know if any of you have met someone whose presence speaks before their words, whose life is dedicated to the only thing that they know of to be beneficial. I sat, knees up high, and feet in the fire pit away from embers, super close to Mamo, attentively awaiting his instruction to check the reducing water in the giant pot sitting on three rocks.

At one point, i saw the smoke rising up from the teepee, a fire keeping tired relatives warm, and the smoke of the tobacco cook fire meeting this smoke, and weaving together, forming one solid stream to the sky. Looking back, it felt as if the little brother and the older brother were visibly harmonizing, coming into recognition of our shared humanity and the deep need to get to the work!

If you feel called in supporting the work of the Mamo’s traveling to the sacred waters of the world to make payments and teach little brother how to live, please see the work CULTURA VIVIENTE is up to in Peru. 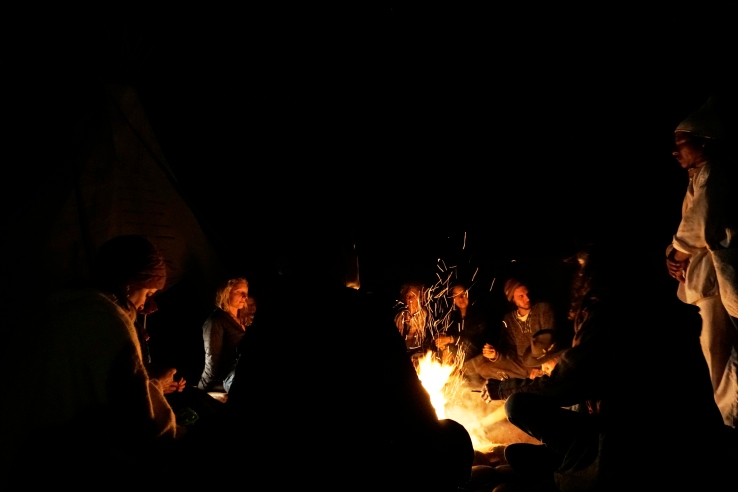 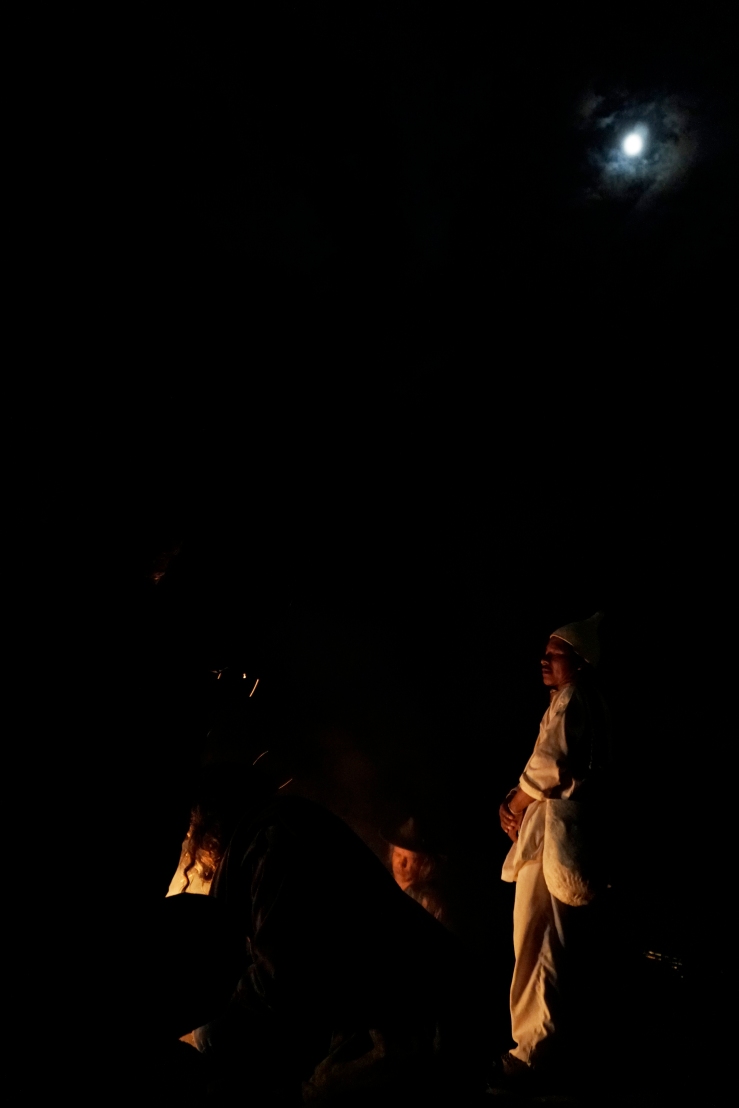